I’m so glad you fell in love with that lovely girl from Swansea who would be my mother. The daughter of an Anglican minister (the Church of Wales, in his case, but the same difference), she told me once that she always swore she’d never marry a clergyman. Until she did. 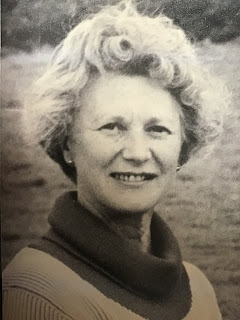 I must have known at some point the circumstances of your meeting. I have it in my mind somewhere that it involved your Cambridge friend, Alan, the one who also took holy orders, married your sister, Nancy, and became a don at your old college, Caius, Gonville and Caius, which would later be my old college, and—this will swell your heart with pride, as it does mine—is now the college that has welcomed my granddaughter, your great-granddaughter, Georgia, into its hallowed halls. Alan stayed in Cambridge, went on to become a distinguished professor in an arcane field, the study of the biblical languages of Syriac and Aramaic.

You left. Went out into the world. And struggled. It was a time of great social turmoil, affecting the whole country. The year you graduated, the Trades Union Council summoned workers everywhere to militate—finally!—for better wages, better working conditions, and called for what became known as the General Strike of 1926. It lasted for nine days. A good socialist already—a young man of conscience—you stepped up in support of the workers. Drove a bus…

I suspect, though, that like myself you left university with no clue what to do with your life. Public (read “private”) school and Cambridge. A great education. You’d studied in what was at that time a whole new field of psychology. Your head was full of Freud and Jung. You’d done amateur theater at Cambridge, and had discovered your potential as an actor. I suspect, I’m sure, you wanted to do something meaningful with your life, something in service of something greater than yourself.

You met Peggy. You were so scared you went running off to a monastery! Thought of becoming a monk! Really! That’s the story, anyway.

How she managed to rescue you I no longer recall. As I say, I must have known how it happened at some point. If I did, I have forgotten now. But I’m glad you fell in love with her, and she with you. Glad she managed to overcome whatever fears you had. Glad you married and had Flora. Glad that, a year and a half later, you had me! 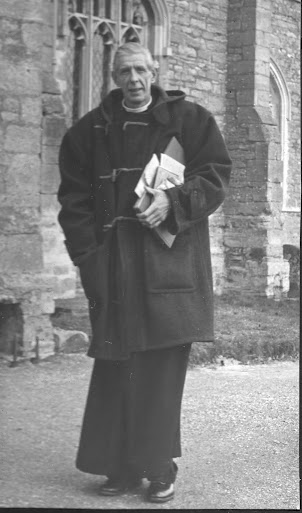